Should You Buy Diodes (DIOD) After Golden Cross?

DIOD could be on the verge of a breakout after moving 35.2% higher over the last four weeks. Plus, the company is currently a #3 (Hold) on the Zacks Rank.

The bullish case solidifies once investors consider DIOD's positive earnings outlook. For the current quarter, no earnings estimate has been cut compared to 2 revisions higher in the past 60 days. The Zacks Consensus Estimate has increased too. 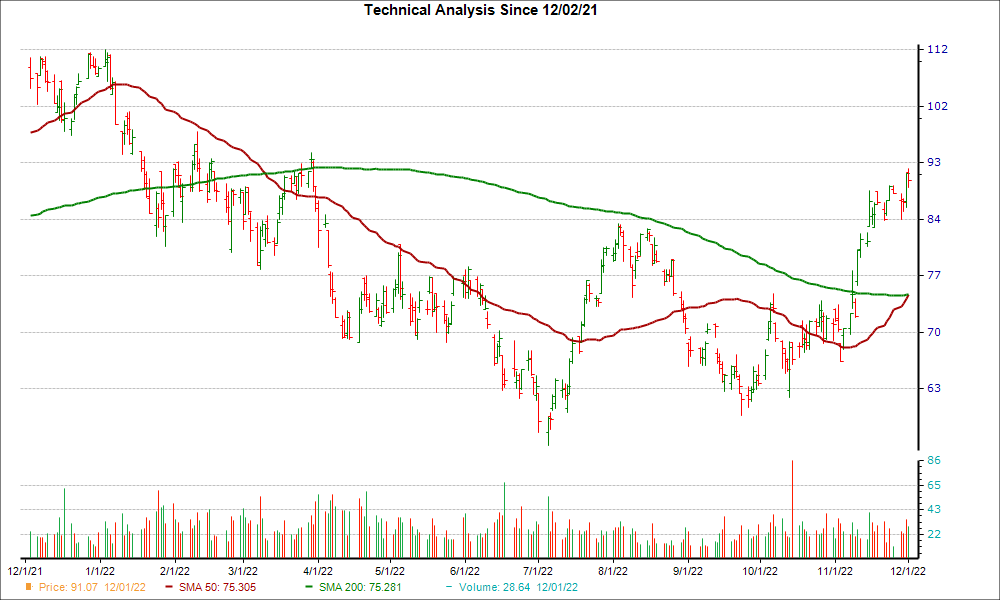 Investors may want to watch DIOD for more gains in the near future given the company's key technical level and positive earnings estimate revisions.

Does Triumph Group (TGI) Have the Potential to Rally 40% as Wall Street Analysts Expect?