Shares of AEIS have been moving higher over the past four weeks, up 10.2%. Plus, the company is currently a #3 (Hold) on the Zacks Rank, suggesting that AEIS could be poised for a breakout.

The bullish case only gets stronger once investors take into account AEIS's positive earnings outlook for the current quarter. There have been 5 upwards revisions compared to none lower over the past 60 days, and the Zacks Consensus Estimate has moved up as well. 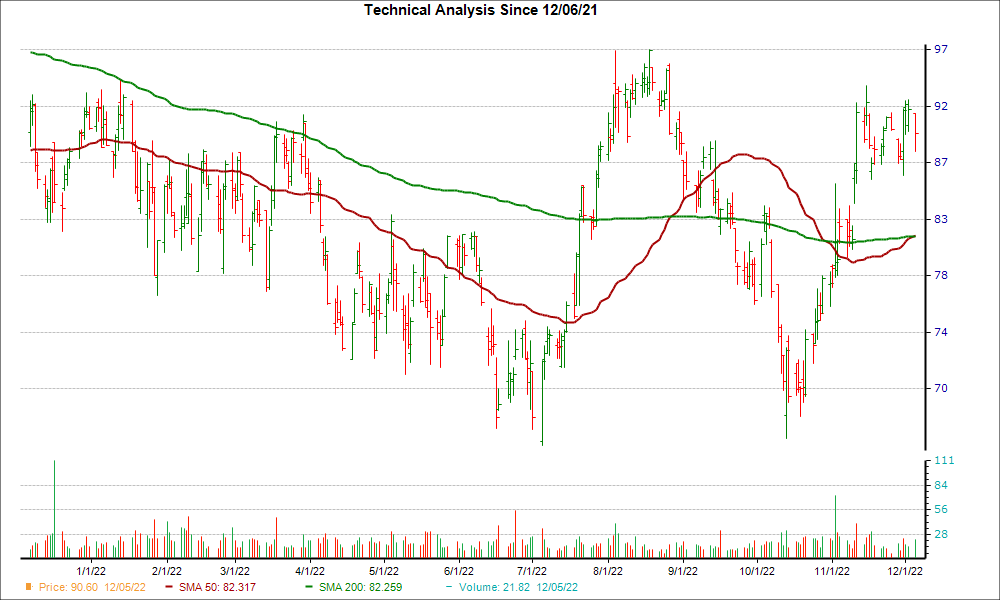 Investors should think about putting AEIS on their watchlist given the ultra-important technical indicator and positive move in earnings estimates.

Wall Street Analysts Predict a 29% Upside in Synopsys (SNPS): Here's What You Should Know