At the time when officials from China and the United States are set to meet for a two-day meeting, the latest series of events fail to cheer. The Trump government recently added some of China’s top AI startups to its trade blacklist. The new list includes around 20 Chinese public security bureaus. Moreover, eight companies, including video surveillance firm Hikvision, along with prominent facial recognition technology companies like SenseTime Group Ltd and Megvii Technology Ltd have been blacklisted.

The move reminds of the Chinese telecommunication giant, Huawei Technologies Co. which was added to the Entity List on grounds of national security concerns. In fact, the U.S. Commerce Department added four Chinese companies and one Chinese institute to the Entity List that included Sugon, China’s prominent supercomputer developer, in June 2019 (read: Huawei Skips US Parts in 5G Base Stations: Chip ETFs at Risk?).

More on the Ban

The eight blacklisted companies include a prominent manufacturer of video surveillance gear Hikvision, with an estimated market value of about $42 billion. The list also includes one of the leading AI companies SenseTime, with a market value of around $7.5 billion. Alibaba-backed AI startup, Megvii, valuing around $4 billion, has also made it to the list.

As these companies got blacklisted, U.S. suppliers will be mandated to apply for licenses to provide components to these Chinese entities. These licenses are likely to be subject to strict U.S. export control regulations, and companies will need to justify that the transfer of such items will not jeopardize national security, restricting access to them. The move will also prohibit the blacklisted companies from making their technology available in the United States (read: Least-Hurt Tech ETFs on Renewed China Tensions).

Will the Ban Hurt US Chip Industry?

Analysts believe that the ban is largely going to impact companies within the semiconductor and software industries. Hikvision and Dahua are said to depend on Intel Corp , Nvidia Corp (NVDA - Free Report) , Ambarella Inc (AMBA - Free Report) , Western Digital (WDC - Free Report) and Seagate Technology (STX - Free Report) as suppliers. Also, a Bloomberg report states that Nividia is a key supplier to SenseTime and Megvii.

Notably, a manufacturer of surveillance camera generally requires memory, sensors, analog, connectivity chips and microcontrollers in huge quantities. Furthermore, the surveillance companies require CPUs, GPUs, memory and networking chips for their servers. The huge dependency of these companies on semiconductor makers justify the 2.1% (as on Oct 9) fall of the PHLX Semiconductor Index since the ban.

This ETF offers exposure to 30 U.S. companies that design, manufacture and distribute semiconductors by tracking the PHLX SOX Semiconductor Sector Index. The fund has amassed $1.77 billion in its asset base and charges a fee of 46 bps a year. It has a Zacks ETF Rank of 2 (Buy) with a High risk outlook (read: 4 ETFs to Play the Key Events in Q4).

This ETF has AUM of $1.07 billion. The fund provides exposure to 25 global securities by tracking the MVIS US Listed Semiconductor 25 Index. The fund charges an expense ratio of 0.35%. It has a Zacks ETF Rank #2 with a High-risk outlook (read: Top ETF Stories of Third Quarter).

This ETF targets the semiconductor corner of the technology sector with 3x leveraged exposure to the PHLX Semiconductor Sector Index. It has amassed about $627.7 million in its asset base while charging 99 bps in fees per year. It has a High risk outlook (read: 4 Leveraged ETF Areas That Are Up 100% This Year).

This product seeks two times the daily performance of the Dow Jones U.S. Semiconductors Index, charging investors 95 bps in annual fees. It has accumulated $67 million in its asset base and has a High-risk outlook (read: Trump Bans More Chinese Tech Companies: ETFs in Focus). 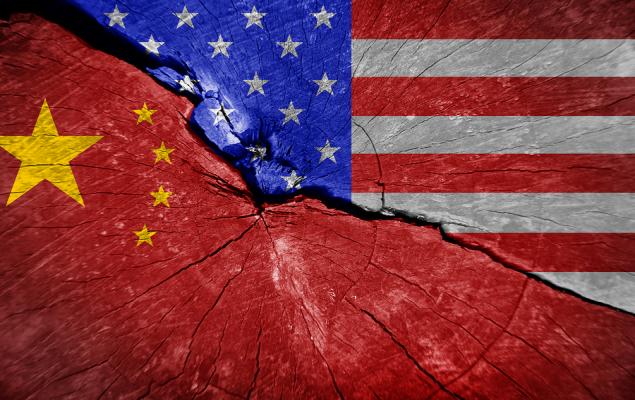 6 ETFs to Buy If Mini Trade Deal is Cut