The possibility of a recession, which created anxiousness in the stock investing circle, during the third quarter of 2019, has largely subsided. October, generally known as a tough month for Wall Street, has so far witnessed an impressive rally buoyed by positive development on the trade war front, better-than expected third-quarter earnings and the possibility of a third rate cut this month.

On Oct 25, the Office of the U.S. Trade Representative stated that both the United States and China are moving closer to finalizing parts of the phase one trade deal. The deal is expected to be declared in mid-November after a meeting between President Donald Trump and Xi Jinping of China. Chinese state-run news agency Xinhua also confirmed that there has been some progress in trade negotiations.

Meanwhile, the U.S. government has refrained from hiking tariff rate to 30% from 25% on $250 billion of Chinese goods effective Oct 15. The Trump administration has also decided to stay away from imposing 10% tariff on $160 billion of fresh exports from China effective Dec 15, if the trade negotiations progress on the right path.

This indicates improvement from an earnings decline of 5% on 4.2% higher revenues, expected at the beginning of the reporting cycle. Moreover, overall guidance is so far better-than-expected with no signs of a recession.

High Expectation for a Third Rate Cut in October

Market participants expect a 25 basis point rate cut by the Fed this month. As per CME FedWatch, more than 95% of respondents are looking for a third rate cut this year. The central bank has already reduced the benchmark lending interest rate by 50 basis points in two equal tranches in July and September. Rate cut happened for the first time in more than 11 years.

The U.S. economy is likely to maintain its long-term growth albeit at a slow pace. At this stage, investment in stocks with strong growth potential will be lucrative. We have narrowed down our search to five such stocks that have skyrocketed year to date. Our selection is backed by a Growth Score of A and a Zacks Rank #1 (Strong Buy). You can see the complete list of today’s Zacks #1 Rank stocks here.

Crocs Inc. CROX designs, develops, manufactures, markets, and distributes casual lifestyle footwear and accessories for men, women, and children worldwide. The company has an expected earnings growth rate of 67.4% for the current year. The Zacks Consensus Estimate for the current year has improved 2.9% over the past 60 days. The stock has climbed 32.2% year to date. 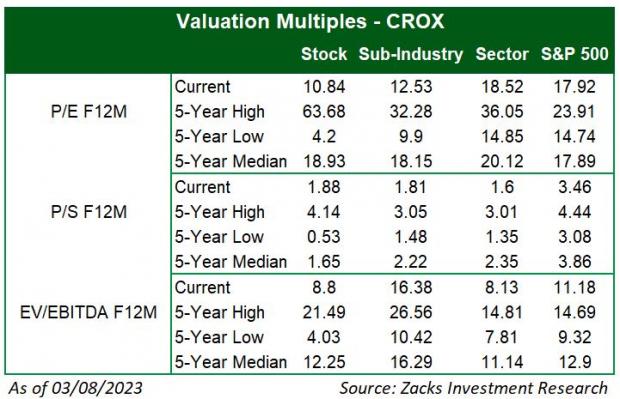 Universal Forest Products Inc. (UFPI - Free Report) designs, manufactures, and markets wood and wood-alternative products in North America, Europe, Asia, and Australia. The company has an expected earnings growth rate of 20.4% for the current year. The Zacks Consensus Estimate for the current year has improved 1% over the past 60 days. The stock has jumped 96.1% year to date. 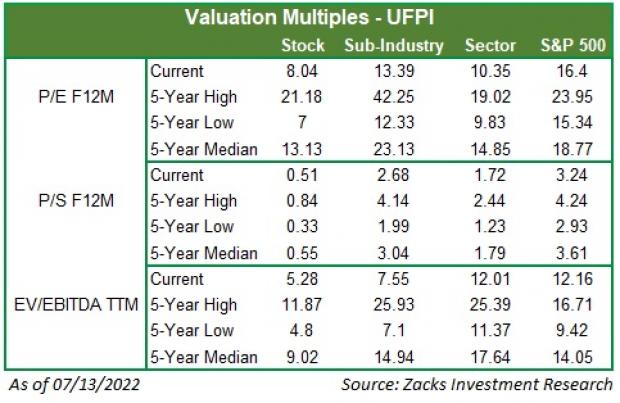 CURO Group Holdings Corp. CURO is a diversified consumer finance company, providing consumer finance to a range of underbanked consumers in the United States, Canada, and the United Kingdom. The company has an expected earnings growth rate of 44.1% for the current year. The Zacks Consensus Estimate for the current year has improved 1.1% over the past 60 days. The stock has soared 51.1% year to date.

Sterling Construction Company Inc. STRL operates as a heavy civil and residential construction company in Arizona, California, Colorado, Hawaii, Nevada, Texas, Utah, and other states in the United States. The company has an expected earnings growth rate of 30.1% for the current year. The Zacks Consensus Estimate for the current year has improved 15.2% over the past 60 days. The stock has soared 55.4% year to date.

Casella Waste Systems Inc. CWST operates as a vertically integrated solid waste services company in the north-eastern United States. It operates through Eastern, Western, Recycling and Other segments. The company has an expected earnings growth rate of 37.7% for the current year. The Zacks Consensus Estimate for the current year has improved 1.2% over the past 60 days. The stock has surged 46.6% year to date.