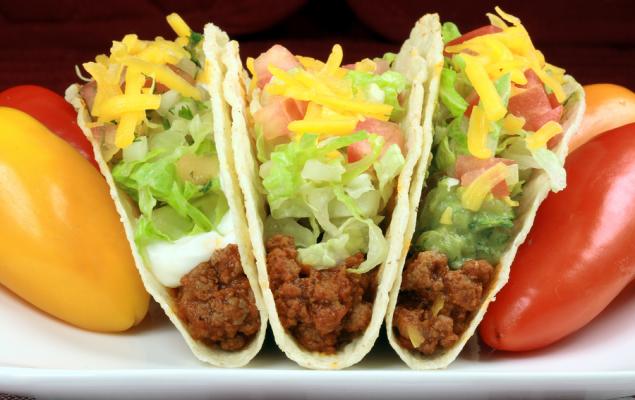 Papa John’s International, Inc. (PZZA - Free Report) reported mixed third-quarter 2019 results, wherein earnings missed the Zacks Consensus Estimate but revenues surpassed the same. However, the biggest takeaway from the quarter was positive comparable sales growth, which was reported by the company for the first time in two years.

Positive comparable sales growth may have gone down well with investors, as shares of Papa John’s gained 6.9% on Nov 6. Also, the company’s shares have increased 53.5% so far this year, outperforming the industry’s rally of 15.8%.

Its adjusted earnings of 21 cents per share lagged the Zacks Consensus Estimate of 23 cents by 8.7%. However, the bottom line increased 10.5% from the year-ago figure.

Revenues totaled $403.7 million, which outpaced the Zacks Consensus Estimate of $388 million. The top line also increased 5% on a year-over-year basis. This upside can be attributed to positive comparable sales achieved by the company in North America for the first time in two years.

During the third quarter, it opened 15 restaurants in North America and exited 38, with the global restaurant count being 5,343. Additionally, it opened its first restaurant in Portugal. Notably, the company is presently operating in 49 countries and territories worldwide. It re-franchised 21 company-owned restaurants, which include 19 in Georgia, for $5.6 million.

At North America franchised restaurants, comps rose 0.6% against a decline of 8.6% in third-quarter 2018. Also, comps at system-wide North America restaurants moved up 1% against 9.8% decline recorded in the year-ago quarter.

Comps at system-wide international restaurants were up 1.6% against a decline of 3.3% in the prior-year quarter.

Total operating income was $4.9 million in the third quarter against operating loss of $14.2 million in the year-ago period. Total costs and expenses amounted to $400.5 million, up 0.3% from third-quarter 2018.

The company paid out cash dividends of $10.5 million in third-quarter 2019 and declared fourth-quarter cash dividend of approximately $10.6 million.

Papa John's — currently carrying a Zacks Rank #3 (Hold) — expects adjusted earnings per share (EPS) within $1-$1.20, indicating a decline from $1.34 in 2018. North America comps are now expected to decline 1.5-3.5% compared with the prior guidance of 1-4% decrease. International comps are anticipated to be flat to up 2% compared with 3% expected earlier. Capital expenditure for 2019 is still expected in the range of $45-$50 million. Additionally, net global unit growth is anticipated in the band of 85-115 units compared with earlier expectation of 100-150 units due to temporary slowdown of openings in Russia and Spain.

Dunkin' Brands Group, Inc. (DNKN - Free Report) reported mixed results in third-quarter 2019, wherein earnings surpassed the Zacks Consensus Estimate but revenues lagged the same. Its adjusted earnings of 90 cents per share surpassed the consensus estimate of 81 cents by 11.1%. Revenues were up 1.7% year over year to $355.9 million but missed the consensus mark of $359 million.