Slumping commodity prices and flagging global demand growth have plagued the energy market for long. Most oil and gas companies are under pressure, with share prices too close to their yearly lows right now for comfort. The sell-off has been indiscriminate, not even sparing the so-called 'supermajors.' ExxonMobil (XOM - Free Report) , Chevron (CVX - Free Report) , Royal Dutch Shell (RDS.A - Free Report) and BP plc (BP - Free Report) all carved out new 52-week lows over the past few days.

Similar to other companies exploring for and producing oil and gas, the results of ExxonMobil, Chevron, Royal Dutch Shell and BP’s upstream divisions – the main contributor to their earnings – are directly exposed to commodity prices. Consequently, with oil price staying stubbornly range-bound and mostly below $60, some of the top energy majors by market value have seen their revenues, earnings and cash flows hit hard. Worse, even their downstream segments fared poorly with plunging refining and chemicals margin.

But amid all these headwinds, natural gas prices remain the most depressing factor for these companies. In fact, as much as the price erosion in crude oil has been, natural gas realizations have faced an even more arduous road.

Over the past few years, some the world's largest oil companies have become ‘gassier,’ directing their major investments toward the commodity, considering the secular shift to the cleaner burning fuel for power generation worldwide and in the Asia-Pacific region in particular.

It’s clear that the big energy companies are all major supplier of the natural gas, with the fuel set to play an important role in their future. As for ExxonMobil, the Irving, TX-based supermajor, which acquired XTO Energy for more than $40 billion in 2009 to focus on gas production, is heavily invested in two major LNG projects in Papua New Guinea and Mozambique.

Meanwhile, Zacks Rank #2 (Buy) Chevron’s Australian LNG megaprojects (Gorgon and Wheatstone) will play an important part in its plan to grow its output by 3% this year and at a 3-4% CAGR from 2018 until 2023. Shell bought BG Group in 2016 for $50 billion to become the world’s largest LNG producer. Finally, BP has identified nine global gas-development hubs that are likely to make up nearly 50% of the London-based company’s cash flow by 2024.

No major commodity in the U.S. had a worse 2019 than natural gas. The fuel endured a torrid year, registering its worst annual decline since 2014. Prices tumbled more than 25% last year, as buyers fled the market over growing worries about record output and concerns of an ongoing supply glut.

Natural gas continues to face bearish pressure in 2020 with warmer-than-expected winter weather playing spoilsport and taking the price below the psychologically important level of $2. No wonder, then, that the plummeting realizations was a significant negative contributor to Big Oil’s recent results and acted as a major drag on bottom lines that fell year over year.

But thanks to soaring shale output, the United States has been the world's largest natural gas producer since 2009. Higher recovery rates from major unconventional fields have helped unleash record volumes regularly. As a matter of fact, the EIA says that the United States produced 92.1 billion cubic feet a day (Bcf/d) of dry natural gas in 2019, up from the 2018 average of 83.4 Bcf/d -- a record high for the second consecutive year.

The agency also projected that domestic gas output would rise to an all-time high of 94.2 Bcf/d in 2020. In other words, record high production in the United States and expectations for healthy growth through 2020 means that supply will keep pace with demand.

Therefore, natural gas might experience short-lived surge based on positive weather forecasts but any powerful turnaround looks unlikely at the moment. With output from shale formations swamping the market, there is little room for prices to improve meaningfully from their current levels.

To be precise, ExxonMobil, Chevron, Shell and BP’s portfolios reflect their increasing focus on natural gas and LNG. Consequently, they are taking a hit alongside declining natural gas price. Some of the companies were forced to write down billions in natural gas assets in recent months. For example, Chevron took a $10 billion non-cash impairment charge during the fourth quarter, mostly related to its Appalachian natural gas assets.

For now, natural gas fundamentals exude bearish signals, which are expected to keep prices low. This will continue to impact the Big Oil companies’ bottom line. 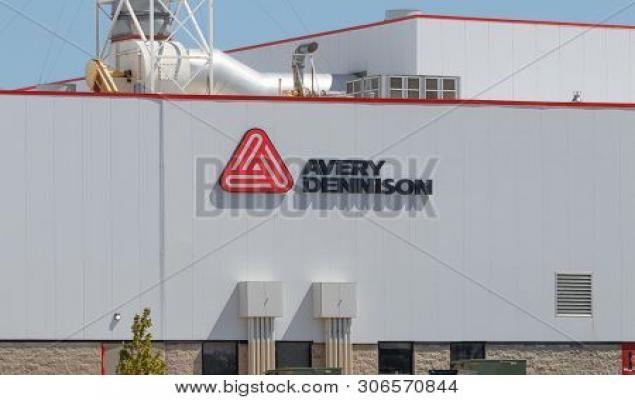 Reasons to Hold Avery Dennison Stock in Your Portfolio Now